Share a memory
Obituary & Services
Tribute Wall
Donations
Read more about the life story of Joseph and share your memory.

Joseph B. Bennett ,93, of Fair Haven, NJ passed away on Wednesday, January 13, 2021 at Bayshore Medical Center, Holmdel, NJ due to complications of Covid-19. He was born on December 18, 1927 on Long Island, NY to Estelle Bennett. He was one of four children.

As a child Joseph was a very quick learner. He would later tell stories about his elementary school teacher allowing him to help teach the class, and how he made sure his younger sister knew everything he learned.  Joseph’s adventurous spirit started in his early teenage years when he purchased his first boat where he would spend lots of his time on the water. He would later take a very special interest in planes that eventually flourished into a lifelong career in Aviation.

During World War II young Joseph entered the Civilian Pilot Training Program at Tuskegee Institute, Tuskegee, AL. After graduating from Tuskegee Institute on January 29, 1946 from class 45-I-SE as a 2nd Lt., he went on to fight alongside of an elite group of pilots known as the Tuskegee Airmen. Throughout his long military career, he earned several medals and retired as Captain Joseph Bennett.

As a civilian Joseph continued to flourish as pilot and entrepreneur. He began flying private chartered planes for presidential families and other socialites. He continued this until he began Aviation Consulting.  He provided services such as Aviation Safety Analyst, Accident Investigation, and Expert Witness. He also took an interest in real estate investing worldwide.

Joseph was known to friends and family as “Bruce”. He enjoyed traveling the world and making lifelong friendships along the way. Bruce also enjoyed discussing politics, government policies, and history. He would strengthen his knowledge with his love for readings, and you could always count on him to recommend a thought-provoking book for you to enjoy. His love for reading was the way he taught himself how to do anything he didn’t know how to do. Joseph was very handy, and his resilience and precision would ensure that he could accomplish anything!

He was preceded in death by his mother, Estelle Bennett, and son, Richard Bennett.  He is survived by his wife, Merry Bennett, daughters, Charisse and Karen, sons, Rodney, Warren, and Maynard, and a host of grandchildren and great-grandchildren.

To send flowers to the family or plant a tree in memory of Joseph Bruce Bennett, please visit our floral store. 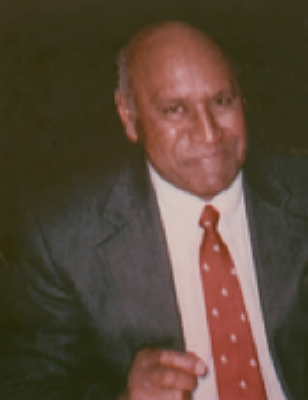