Share a memory
Obituary & Services
Tribute Wall
Donations
Read more about the life story of James and share your memory.

James Henry Wilds, Sr., Jim or Jimmy as he was known, was born in Darlington, SC on October 7, 1939, to the late Pauline Mack Wilds and the late Henry Franklin Wilds. The eldest of seven children, he spent his early years in Florence, SC.

After graduating from Wilson High School in 1957, Jim attended Hampton Institute, now Hampton University. He was very active at Hampton, pledging Alpha Phi Alpha Fraternity, Inc. and holding various leadership positions within the fraternity and in various organizations on campus. While at Hampton preparing for his professional life, he met his one and only love, Patricia Ann Griffin. On July 14, 1962, he married her in New Haven, CT. They settled in the East Flatbush section of Brooklyn where they would build their family with the addition of two children – James Henry Wilds, Jr., and Courteney Lynn Wilds.

Graduating with a Bachelor of Science degree in Chemistry in 1961, Jim started his career as a clinical chemist with Cumberland Hospital. His boss at the time, Dr. Wertheimer, took a position running Laboratory Services at Methodist Hospital. Not wanting to leave his supervisor behind, Dr. Wertheimer asked Jim to join him at Methodist in the position of Chemistry Laboratory Supervisor. Jim continued his tenue at Methodist for 36 years, worked on several high-profile studies and briefly served as Laboratory Services Director. He also served as the president of the Methodist Hospital Credit Union and was the director of Methodist’s Medical Technology School teaching technologists and interns (physicians), until he retired in 2002.

As his professional career flourished, Jim remained dedicated to his alma mater as an active Hampton Alumnus. He held various positions ultimately becoming President of the Brooklyn Hampton Alumni Club. Additionally, he was elected President of the North Atlantic Region (NAR) of the National Hampton Alumni Association, Inc. (NHAA, Inc.), a position which he held for two terms. He loved his college and spoke about his time there in glowing terms.

In 1978, the family moved to Freehold Township, NJ.  Once in Freehold, Jim and Pat joined the United Black Families of Freehold Township (UBFFT), where they were able to meet other African American families in Freehold who enjoyed fellowship and service to the community. In 1981, The Wilds family joined Bethel AME Church in Freehold, where Jim was baptized. He served in many positions within Bethel over the 40 years he was a member – Treasurer, Trustee, Steward, Choir member, Choir Director, Lay President, Church School Teacher and Church School Co-Superintendent. Even after his health began to fail, Jim stayed as active as he could, attending church and offering advice to the Pastor and his fellow church members.

Jim was best known at Bethel for his singing voice. Whether singing with the Men’s Choir, The Senior Choir, or the Men of Bethel (MOB), Jim assured the congregation a spiritual treat when he sang one of his signature solos! He loved to sing and thoroughly enjoyed soloing or just being part of the choir for Bethel’s performances of The Messiah at Christmas or Jazz Under the Stars in the summer. Jim was also called upon to solo for funerals at Bethel and at funeral homes where a Bethel pastor was presiding. Some of his favorite songs to sing included: Order My Steps, Praise His Name, Unchained Melody, America the Beautiful (Ray Charles version), and Silent Night by the Temptations.

Beyond Jim’s profession, academic, and spiritual activities, he had a love for sports and competition.  At an early age, he was diagnosed with rheumatic fever, which severely limited his participation to playing “sandlot” sports. However, he became an avid sports fan who enjoyed boxing, baseball, basketball, and football and attended many live events with his homeboys from South Carolina - Fred Gilliam and Clyde Seawright. He enjoyed playing basketball in Brooklyn on weekends and playing epic “Bid-Whist” card competitions with his brother Gene, brother-in-law Willie and other family members. However, Pat introduced him to his signature sport, bowling.  One might say, he took to bowling, like a duck takes to water.  That introduction led to an amateur bowling career that spanned 30 years; during which, he was elected to league management positions to include President of the Methodist Hospital Bowling League. Jim earned many awards and trophies enough to fill a room and prizes that allowed him to “bowl for free”, as he would say, most years.  He enjoyed the comradery and was a fierce competitor ending his amateur bowling career with a 194-bowling average.

After retiring from Methodist and competitive bowling, Jim was ready to begin a new athletic venture. His brothers-in-law, Selvin Powell (Sam) and William Torian (Bill), introduced Jim to golf and he loved it! He was as aggressive with golf as he was with bowling– going to Farmer Brown’s to practice, driving down to Pennsylvania to play with Bill and then joining them as a member of The Brotherhood – an African American men’s golf organization.

Our beloved Jim departed this life to take his heavenly reward and took flight to heaven on Tuesday, November 22, 2022. He joins in eternal rest his mother, Pauline Mack Wilds, his father Henry Franklin Wilds, his sister, Mary “Tip” Spears and his brothers-in-law, Willie Douglas and Selvin Powell.

To send flowers to the family or plant a tree in memory of James Henry Wilds, please visit our floral store. 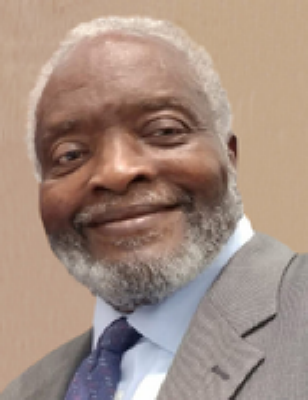