Share a memory
Obituary & Services
Tribute Wall
Donations
Read more about the life story of Benjamin and share your memory.

Benjamin Franklin Stokes, Jr., 88, of Tinton Falls, NJ departed this life on December 11, 2022, peacefully at home next to his wife Pearl Stokes. He was born November 19, 1932, in Amelia, VA. He was born to Ardelia and Benjamin Stokes.

He was the first black male to finish high school at Russel Grove High School in Amelia County, VA in 1952.

He joined the United States Army, and he retired after twenty-three years of service as Sgt. First Class. Benjamin served one tour in Vietnam as a Coreman/Practical Nurse. He was awarded an Army Silver Star during his campaign in Vietnam. After retiring from the Army, he became a nurse at Paterson Army Hospital, Fort Monmouth, NJ for twenty-one years. Benjamin was also a Grandmaster Masonic Mason for more than forty years, where he was a teacher and trainer of the Masons in Long Branch, NJ for many years. Benjamin was also the founder of the Red Bank Lunch Club, of Red Bank, NJ. Most of all, his most loving, cherishable thing of life was his wife, Pearl, of fifty-six years.

He was a lifelong resident of Tinton Falls, NJ. Benjamin was also a member of the United Fellowship Baptist Church for over twenty-five years, where he sang in the choir and served as a faithfully dedicated member of the church and community. He was a very proud and honorable man and will be truly missed by family, friends, and members of his community.

He is survived by his wife Pearl Stokes of 56 years of marriage, granddaughter, JoAnne Mathis, nephews, Conrad and Rodney Whittle, nieces, Sharon Whittle, and Shirley Friend, and a host of nieces, nephews, grandchildren, and friends.

To send flowers to the family or plant a tree in memory of Benjamin F. Stokes, Jr., please visit our floral store. 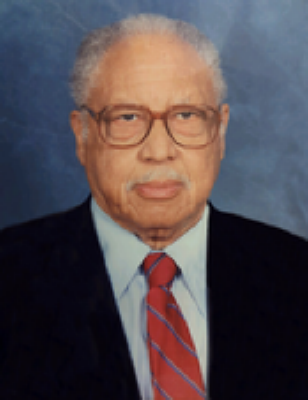